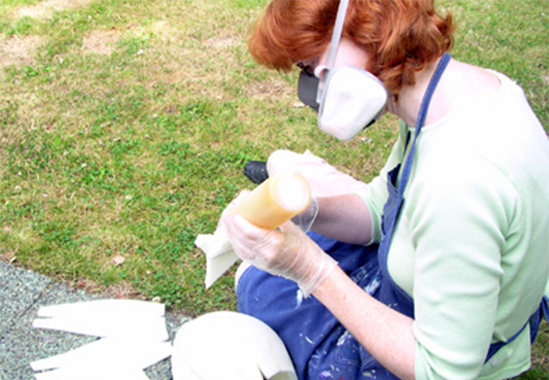 How did I get started in puppetry? 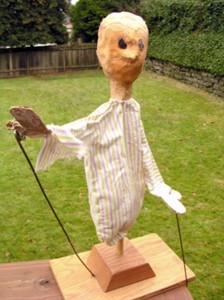 I think puppetry and I were destined for each other, and would have come together no matter what, but my first important puppet experiences were because of my kindergarten art teacher, Mr. Blake. He would bring puppets out to talk to us. We were enthralled, sitting in a circle around his chair. There was a puppet show of his with puppets that lit up under black light, which made quite an impression on me. He also was responsible for guiding me to build my first real rod puppet. Pretty funny puppet, right? That’s actually the “improved” version; a year later, I ripped off his hair and taped on smaller eyes. 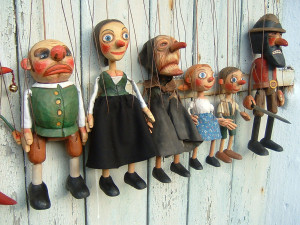 Also, the local library (hooray for libraries!) had a half dozen books on puppets and puppetry in the adult section. I checked them all out multiple times as a child. In particular, I loved the look of the Czechoslovakian puppets, and that has been a visual influence that’s stayed with me always: particularly the ones with clean simple lines and nice stylization.