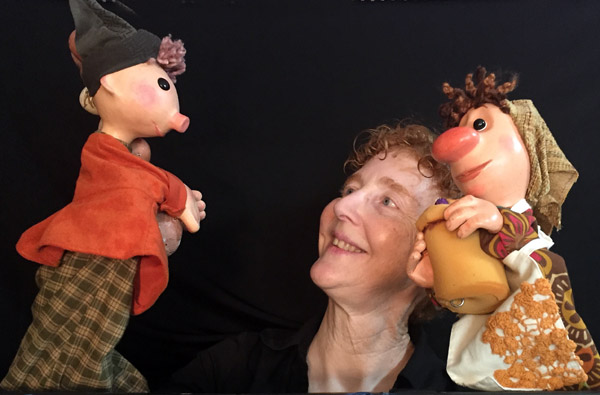 WHAT MAKES A PUPPET CHARACTER DESIGN STRONG OR INTERESTING?

Factors that define a puppet character

Remember –all the following guidelines are meant to be broken!

• Stylization vs. exaggeration in puppets.
Can you go too far in stylizing? Huge noses and ears may look fun on paper, but they can be cumbersome in actual performance. What is it that says “rabbit” about a rabbit? Streamlined head shape and windblown ears, if he’s speedy? A little puff-puff body and face with tiny button eyes and giant whiskers, if he’s “sooo cute”?

• Silhouette
A deliberate silhouette for the character adds a great deal of interest to the various puppet characters. Consider how puppets wishing one show will look in contrast with each other, and how that supports your story, adds to comedy, solemnity, etc.

• Personality
A distinct personality that can be read in the face and body. Even sitting on a stand, a finished puppet should feel alive.

• Clothing
Inventive clothing that supports or indicates the history behind the character. In theory, every stitch of clothing would have been chosen by that puppet character for a reason.

• Type
Going with type sometimes, and sometimes against -just be in control of your choice style, especially with designs within the same show.

• Color
Dynamic use of colors. Use stereotypical colors judiciously; think “out of the box” and be well in control of the colors you choose for your puppet.

• Eyes
Good eyes that are well focused and have a glint of light. It will help make your puppet look alive.

• Movement
Build in good movement — you are also designing the movement the puppet will have, so give the operator a tool/puppet with lots of potential to work with.